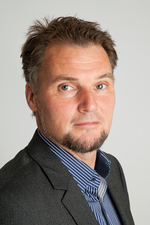 Van den Heuvel Juristen is a devoted and ambitious office, led by mr. drs. G.H.A. (Alex) van den Heuvel. He is pragmatic and aims for the best result and most durable solution, through amicable agreement or, if necessary, litigation. In his hands, your case will receive the attention it deserves.

Mr. Alex van den Heuvel is an experienced legal expert, graduated cum laude from the University of Utrecht and has a previous professional background of years working for large national and international organisations, governmental as well as non-governmental and non-profit, such as the Dutch Immigration and Naturalisation Service (IND), the United Nations and Amnesty International. His first expertise was developed in alien and refugee law and human rights law (which includes the fundamental labour rights we nowadays in our country take for granted ). His work brought him to countries like Israel, Eritrea and England, where combined he spent a number of years. Van den Heuvel therefore speaks several languages: he is fluent in English, proficient in Hebrew and possesses a working knowledge of French.

In 2013 van den Heuvel decided to return to the Netherlands and devote himself to Dutch and European employment law. For this reason he established the current office. Regarding licensing, apart from his previous law studies at the University of Utrecht, he completed two legal specialisation courses (cum laude as well), among which an education in employment law at the PAO institute of the University of Leiden. Besides his work as employment lawyer, Van den Heuvel has worked for the Immigration and Naturalisation Service (IND) on project-basis in the department handling residency and working permit request until the end of 2017. Further, Van den Heuvel finalized his training as mediator in employment related disputes in 2017, at the renowned institute for mediation, MTi.